The Peoples' Friendship University of Russia 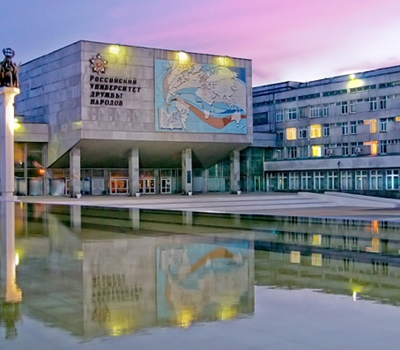 The Peoples' Friendship University of Russia , also known as RUDN University, is a public research university located in Moscow, Russia. It was established in 1960. The university became an integral part of the Soviet cultural offensive in nonaligned countries

The Soviet government founded the university on 5 February 1960. Its stated objective during the height of the Cold War was to help developing nations. Many students from developed countries also attended the university.

On 22 February 1961, the university was named Patrice Lumumba University after the Congolese independence leader Patrice Lumumba, who had been killed in a coup that January. The stated purpose for establishing the university was to give young people from Asia, Africa and Latin America, especially from poor families, an opportunity to be educated and to become qualified specialists.

The first 288 students from 47 countries graduated in 1965. Around that time international construction teams started to appear and the first student teams of KVN were organized (later on, the PFUR KVN team became one of the most famous teams in the country).