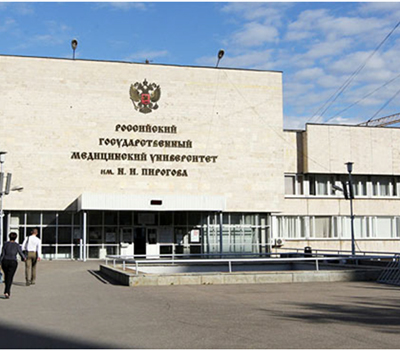 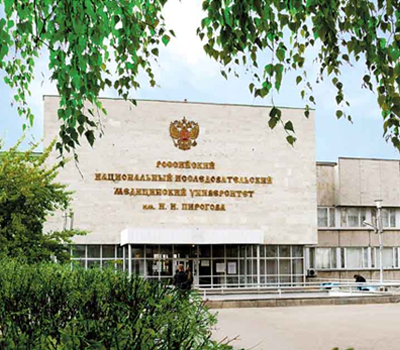 Pirogov Russian National Research Medical University (formerly known as Russian State Medical University or RSMU) is a medical higher education institution in Moscow, Russia founded in 1906. It is fully accredited and recognized by Russia's Ministry of Education and Science and is currently under the authority of the Ministry of Health and Social Development.

Named after Russian surgeon and pedagogue N.I. Pirogov (1810-1888), it is one of the largest medical institutions and the first university in Russia to allow women to acquire degrees. It is especially notable in comparison to Moscow's other two premier medical universities in that it focuses on gearing students for careers in medical and scientific research, rather than medical practice.

The first ever lecture was delivered on September 26, 1906). The course was at that time called HMCW (Higher Medical Course for Women). The course listeners were called "medichki". The first "medichki" graduation was in spring 1912.

On November 23, 1946 on account of 40 years of its foundation, the USSR Presidium of the Supreme Soviet decree decided to honour the institute with the name of I.V. Stalin.

on May 30, 1957 as a dedication to its 50th year of foundation, the RSFSR Presidium of the Supreme Soviet decree honoured 2nd MSMI with the name of Russian surgeon and anatomist N.I. Pirogov. In 1966, on its 60th anniversary, the institute was awarded with Order of Lenin and acquired a new name which was 2nd MOLSMI named after N.I. Pirogov.